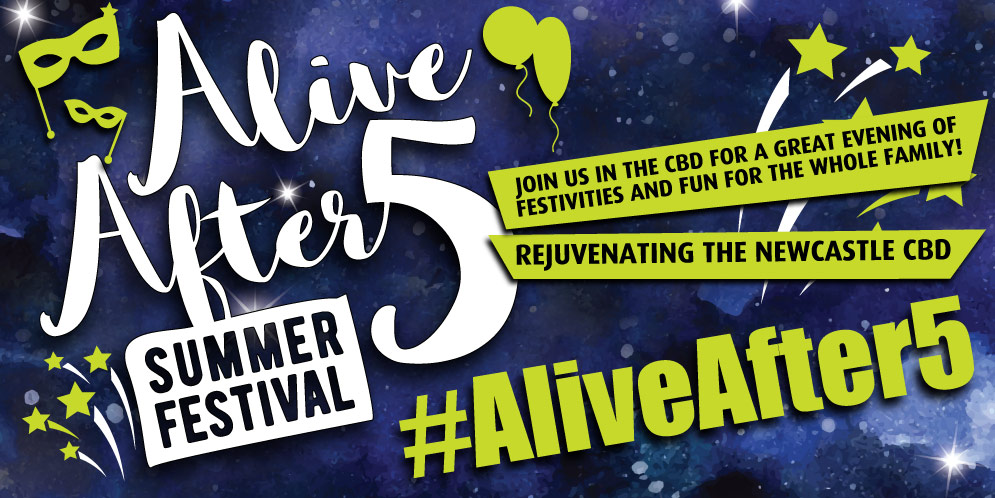 Newcastle came alive on Friday evening the 11th of December, when Day One of the “Alive After 5” a summer festival hosted by the Newcastle Municipality kicked off, Alive After 5 is an initiative that aims at expanding daily activity patterns to include the night time economy in our CBD and also aimed at providing the community of Newcastle the platform to drive activity and social cohesion after hours. This initiative will gradually, introduce the late night shopping, promote culturally, entertainment and economic confidence. This is part of the broader programme of the municipality of Rejuvenating the Newcastle Central Business District (CBD).

“Alive After 5” slogan has been adopted by a number of UK cities including our sister city UK Newcastle, with the aim of increasing our market share ,the Newcastle Municipality understands that it  needs more people living, working ,investing and visiting the City and therefore creating the environment that will invite people to Newcastle.

Even though day one of the Festival experienced heavy rainfalls and thunderstorms that saw the scheduled performances and exhibitions being cancelled for safety reasons, retail stores successfully extended their trading hours as scheduled with the community shopping in large numbers. As we proceed we will be working closer with business people to ensure that road closures do not affect their usual trading hours.

Day two proved to be a success, families from all walks of Newcastle came in to celebrate reconciliation day at the Festival, performances from Monique Steyn, Dewald Wasserfall, Cherise with Uzalo’s Khaya Dladla (GC) and Newcastle Community Radio’s Dj Bhejane as the day MC’s made the day to be more special

The “Alive After 5” will continue with day three on the 23rd of December and it will see performances from Hlengiwe Mhlaba, Afrortainments BIG NUZ, and Programme Director for the day will be uKhozi FM’s Dudu Khoza and Newcastle Community Radio Rev Koloko: Residents are urged to use alternative roads as Scott Street from the Voortrekker corner to Sutherland will be closed from 1pm on the day to allow time for the stage erection and setting up, Allen street (bradlows to the Scott street corner) will be close for the duration of the event (5pm until 11pm).

The Newcastle Municipality would like to thank the residents of Newcastle, for showing up in their large numbers, in support of the festival and the Municipality’s vision, of Rejuvenating the Newcastle Central Business District and reviving the economy. We herein urge the community to come out again in their large numbers so that we can close this Festival with the BANG, My Newcastle, My Home!