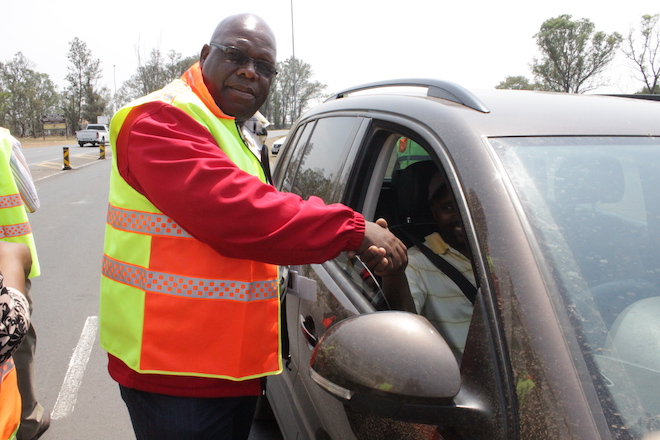 Newcastle Municipality Community Services Department (Protection Unit) lead by its Acting Strategic Executive Director (SED) Mr Thisha Mhlanga launched the Public Transport Month Campaign on 06 October 2015. Statistics in South Africa revealed that Newcastle is one of the towns where public transport is mostly used because many people rely on it and Newcastle is regarded as the center to many routes and provinces like Gauteng, Mpumalanga and the Free State provinces. It was for this reason that it was imperative to launch this campaign in Newcastle.

The Public Transport Month focuses mainly on three areas; the road worthiness of the car, the driver (the state of the driver or fitness), and the road which is conducive to be used by cars or drivers. The main aim of the transport month is to raise awareness to the community. It aims to curb road accidents as we are approaching summer holidays, the traffic police will be seen visible in all areas to make sure that traffic rules are adhered too and the South African Police Service (SAPS) will join them to maintain peace and order. Chief Whip and ward councillor for ward 25 Cllr Ngcobo educating a member of the public on road awareness and safety.

Mr Thisha Mhlanga reflected on the taxi violence that took place last Friday here at Newcastle and commended the Amajuba Taxi Council by condemning the violence that was between two Taxi Associations in Newcastle, the intervention of the MEC for transport in KwaZulu Natal Provincial Government helped to bring order in the taxi industry.

Speaking on behalf of the Emergency Rescue Service (EMRS) Amajuba District Mr Muzi Mbatha demonstrated the readiness of the emergency response. They have twelve (12) Ambulances, four (4) are based in Newcastle, six (6) in Madadeni and two (2) in Charlestown.

Are you a tenant or landlord paying rent? Dispute help is here.