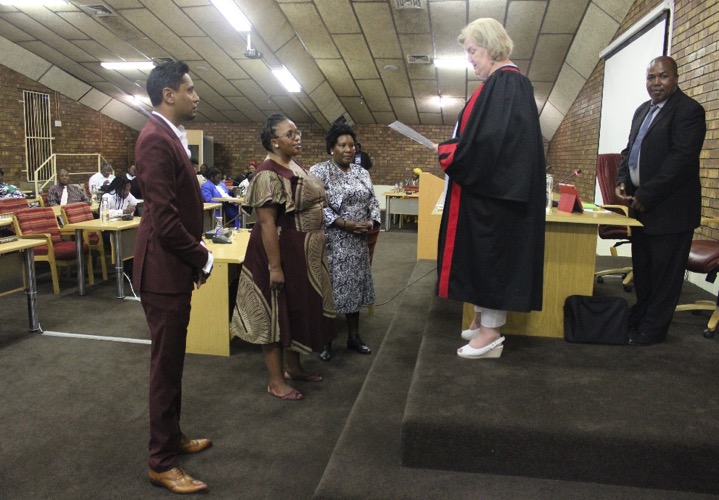 The first Council meeting saw Newcastle Municipality acquiring a new member to its council, Balungile Salgracia Radebe was inaugurated into position yesterday the 27th of January at the Council Chambers.

Radebe was identified by Cogta in 2014 as iBambabukhosi for the amaHlubi traditional Community in the Amajuba District, as contemplated in section 30(3) of the KwaZulu-Natal Traditional Leadership and Governance Act, 2005.

Present to witness this prestigious event was the whole of Exco, councilors, the court magistrate Mrs. Alexandra Hills was also present to officiate Radebe’s inauguration

Radebe swore under oath to serve the community she represent without fear or favor. She promised to carry forward the mandate given to her by council which is in line with the vision and mission of the Newcastle Municipality.

Council welcomes the newly appointed member and believes that her contribution will be colossal.