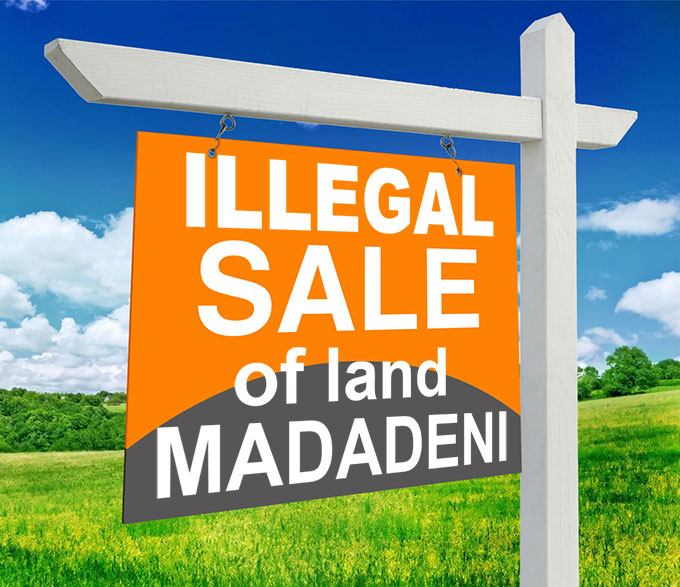 The municipality would like to bring to the attention of the public the illegal sale and invasion of land currently taking place at Madadeni Section 2 on the land parcel currently owned by Ingonyama Trust Board (ITB) and Madadeni College. The matter was brought to the attention of the municipality on Wednesday 14 September 2016 and various attempts has been made to caution the public.

The municipality will like to caution the general public of Newcastle especially in Madadeni not to involve themselves with this illegal act, “They must not buy, register and/or illegal occupy the land” this is an unlawful act and it will be dealt harshly within the relevant legal context.

We note that discussions are currently being held with the Ingonyama Trust Board on an amicable solution to resolve this matter. In terms of awareness, the public has been informed in various ways not to be tempted and involve themselves with this illegal act. We have distributed notices and load hailing in the community and we have also used our community radio station (NCR) to communicate the message to the general public. Furthermore, the Mayor along with Judge Jerome Ngwenya of the ITB addressed a group of illegal occupiers which they found on site during their site visit which took place on Saturday 17 September 2016. A legal route will also be explored in conjunction with ITB in an attempt to stop the invasions. Furthermore a meeting was planned by the municipality and ITB with the committee of the land invaders on Monday 19 September 2016 at Madadeni Community Hall and unfortunately this did not take place due to the committee not pitching up for the meeting.