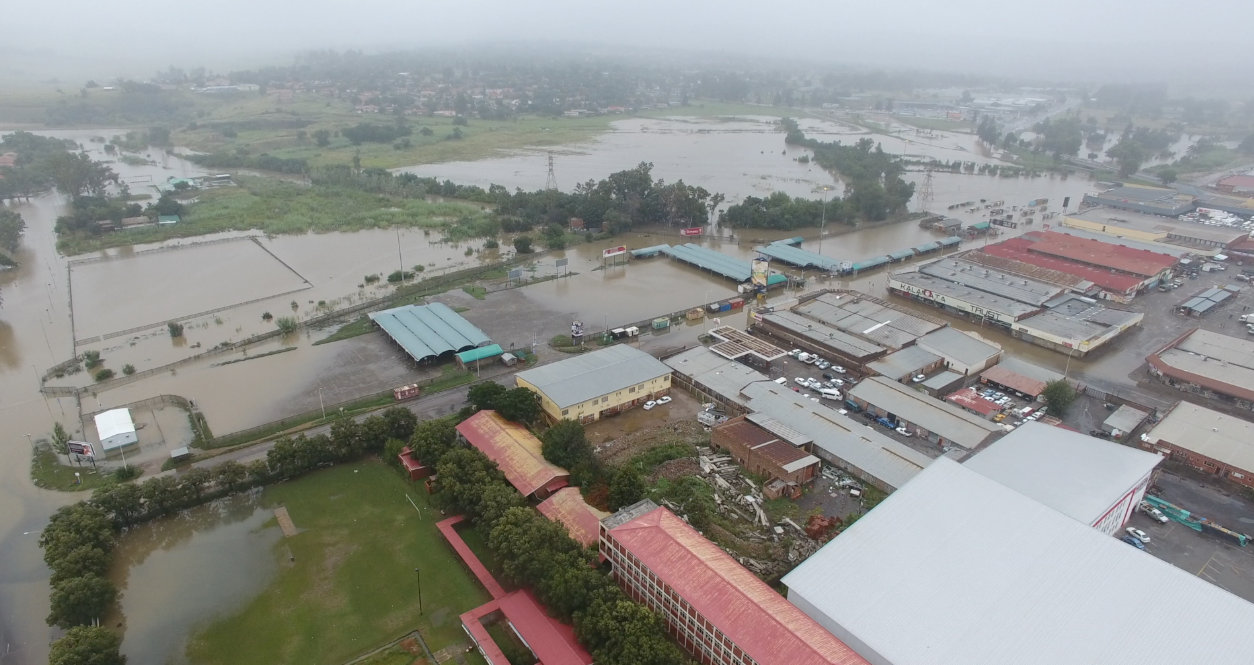 Floods in Newcastle
In response to the current flooding disaster currently taking place in Newcastle and surrounding areas, the Municipal Manager; Mr B.E Mswane articulated that the Disaster Management team has been on the ground to assist the community during these times. “Our traffic and disaster management team were immediately on the ground. Last night the Mayor, myself as the Municipal Manager together with the ward 3 Councillor Shunmugam visited the areas of Paradise and Lennoxton where some families experienced severe flooding into their homes. We have contacted the office of the MEC to assist in the relief of the disaster, in response the MEC has deployed a team which this morning, the 22 February 2017, met together with the District and Newcastle, the team has proceeded to conduct an assessment to the damage done and solutions will be communicated shortly”, said Mswane.

Furthermore, The Ncandu, Ingagane and Buffalo Rivers were closed since they had picked up. Areas affected mostly in Newcastle is Lennoxton, Paradise and Siyahlala Informal Settlement, D96 as well as Madadeni Section 3 and Osizweni where two houses were completely destroyed.

A soup kitchen was activated this morning. A local special Joints Operations Committee meeting with officials from the COGTA was arranged for today at 09h00 in the Protection Services Lecture Room. Fortunately no fatalities and injuries have been reported thus far. Our Disaster Management Teams are out doing assessment and evacuation at this stage. Relief materials distributed to the affected communities are sandbags, mattrasses, blankets, tents and plastic sheets.
As of today approximately twenty one (21) houses have collapsed in Bosworth Farm, assessment and distribution of relief is ongoing at this stage.

Most of the town intersections are closed off and all our traffic officials are effectively manning all the intersections. Currently, a high congestion of traffic is noted on all our roads.

Moreover, massive potholes are reported on the provincial road P483 as well as the Albert Wessels Drive. Road Traffic Inspectorate (RTI) has been requested to assist with traffic control on the P483.

Department of Transport (Roads) has been requested to fill in potholes and they have confirmed that their teams are sent out to fill in the potholes on the P483. Report on heavy rainfall in Newcastle Scroll to top