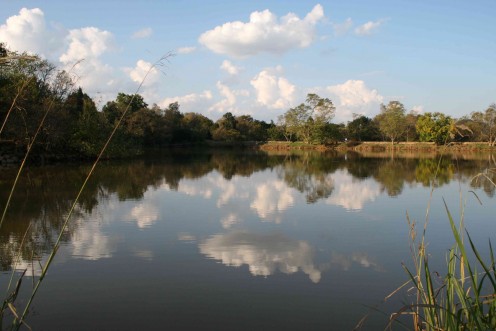 Eskom has often told the public that one of the reasons for load shedding over weekends is to fill up the dams at our pumped-storage stations.

Background
A pumped storage scheme consists of lower and upper reservoirs with a power station/pumping plant between the two. Eskom has two such stations – Palmiet near Grabouw in the Western Cape and Drakensberg near Bergville in KwaZulu-Natal. During off-peak periods, when customer demand for electricity has decreased, the reversible pump/turbines use electricity from the national grid to pump water from the lower to the upper reservoir. During periods of emergency or peak demand, this water is allowed to run back into the lower reservoir through the turbines to generate electricity. In this way, the potential energy of water stored in the upper reservoir is released and converted into electricity when needed. Because it is necessary to pump the water back after use, pumped-storage power stations can only provide energy for limited periods of time.

Pumped-storage schemes (and hydro-electrical stations) respond very quickly to changes in the demand for electricity. They can be brought on-stream within three minutes and play a major role in maintaining the stability of Eskom’s national network. They are, however, more expensive to operate than conventional hydro-electric power stations because of the pumping costs.
Why the need to fill the dams over weekends?

When generation capacity is needed, water flows down the system from the top dam, through the generators to the bottom dam. When Eskom no longer needs power from the pumped-storage stations, and there is enough power to transfer the water back, this water is pumped up to the top dam ready to generate again when needed (this pumping actually uses electricity from the grid). For every 4 hours pumped back only about 2.6 -3 generating hours are obtained.

In summer Eskom needs to use these stations for more hours per day (up to 16 hours) compared to the opportunity to pump the water back (7 – 8 hours). Hence significant pumping is required to be done over weekends as the dams cannot be completely filled during the week. This is not really an issue in winter as the peak demand is higher but for shorter periods of the day, which means that the pumped-storage stations need to generate power for fewer hours per day.

The graph below shows an example of a typical summer week usage of Eskom’s Drakensberg pumped storage station. On a Monday morning the dam is full. This implies maximum generating capacity for the week. The available capacity of the dam is equivalent to one unit (250 MW) generating for 102 hours or all 4 units (1000 MW) generating for 25.5 hours. The graph shows the dam levels reducing during the day, a slight increase at night when it is possible to pump, and then decreasing the next day. Over the weekend, it is necessary to pump for many hours (with little use of it for generation) to ensure a full dam by Monday morning. For instance, at the Palmiet station over weekends, when system demand is low, water is pumped back from the lower Kogelberg into the upper Rockview reservoir over a period of about 37 hours to restore the reservoir to full capacity.
This is sometimes the reason behind load shedding over weekends – to ensure full capacity at these stations by Monday morning so that these stations can generate power when needed during the week when electricity demand is higher. The right generator for load shedding