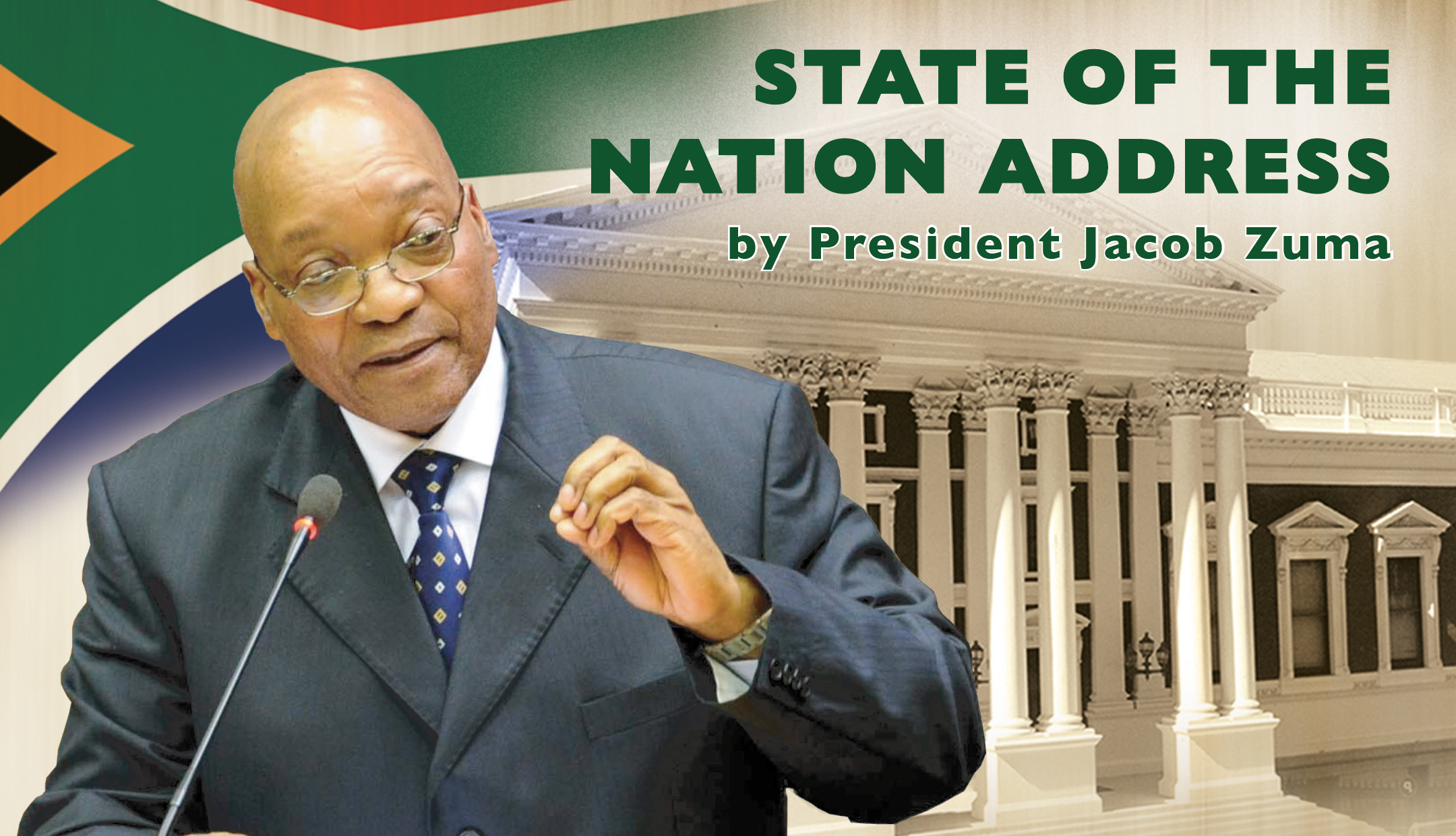 The State of the Nation Address will be delivered at 19:00. It will be broadcast live on a number of television and radio stations and streamed live on the Parliament’s website and at public viewing centres.

The president will provide an update on the implementation of the Programme of Action based on the National Development Plan (NDP). The 2017 SoNA will also be delivered within the context of the current strides made by government to respond to the various challenges that our country is facing

These include among others a challenging local economic environment, continued drought conditions in certain parts of the country, the #FeesMustFall student protest, continued acts of racism and state capture investigations.

The 2017 SoNA will be followed by a debate in the National Assembly and the President’s reply to the debate.